I’ve for almost a year now been using Python as my day to day language as it’s what is used at my job. I’m starting to come around to really liking most parts of Python now, although there is definitely parts that are way more clunky than I would expect from a language so popular. And especially given how much talk there’s about the included batteries and to a small extent how there seems to bit of dickishness involved with hard core Python people. For an example of the latter just:

Clearly the interpreter known what I want to achieve, and at the same time it’s programmed to give of an error message telling me I was doing it wrong. And for it to work I need to say, “pretty please”. What annoys me with this is just the simple fact that someone figured out people were having a problem with this, so they added in a message instead of just doing what is expected. You just don’t behave in that way in everyday life, you’d get slapped.

Time handling in Python is atrocious, do get it working halfway decently you need to install at least two external libraries. pytz and python-dateutil, and while I can understand why pytz might be a good candidate for being external (for allowing a higher pace of updates since timezone/DST changes happens every so often in different parts of the world).

Today I just wanted to do a diff between two dates and see the years between them, so I figured I would use timedelta since it sounds like something that should be part of that. Oh, really, it’s not? I can diff weeks but not months or years? So I ended up using dateutil’s relativedelta instead.

So far the worst way I’ve been bitten was with the built-in e-mail library, this ended up with me sending a copy of the e-mail addresses of 150 customers by mistake.

Because appending when doing an assignment is just what you’d expect. This from the same people that needs to tell me I can’t type exit but I need to type exit().

Another thing I wanted to use was a windowing function when iterating over a list, instead of having it implemented in itertools the documentation for itertools explains how I can implement my own. Why!? If you’re taking the time to show of an implementation why should I have to copy that piece of code into my own codebase? What about The Zen of Python:

There should be one– and preferably only one –obvious way to do it.

I really like PEP8, I don’t agree with all parts of it but I can change. But I’m really looking forward to when the standard library finally is PEP8 compliant.

With most Python libraries I’ve had to do something similar to this:

It’s a general “truth” that documentation in general sucks, so it’s just better read the source. But somewhere along the way I stopped doing that, probably around the same time I started using Rails and was amazed at how good the documentation was. And without thinking about it I was also already reading the source code, kind of, by having it readily available with the documentation.

The other thing I would like to say is the obvious thing, reading the source is great. I really started to enjoy using Django when I decided to just use the documentation to find whatever something was called and then use the source code to figure out how things work. Source code is almost like a painting, a line of code can say more than a thousand words. ;)

I’m not the first one to feel dismayed about Python, Zed Shaw has a great post called Curing Python’s Neglect that is well worth a read. (He mentions Lamson 0.9 in the post and that was released in 2009. As far as I can tell most of the things in his post is still a problem.)

As I understand a lot of making Python more streamlined is being put into Python 3, that just hasn’t been adopted by the majority of developers yet.

We Ruby people had the same thing with 1.9, and I noticed people really starting to switch about the same time as RVM started to be used. All of a sudden there was a really easy way to test things with any possible combination of Ruby you wanted.

All around I’m really enjoying working with Python, again (Python was the language I used to replace PHP/Perl way back when, then Python was replaced by Ruby). I used to really dislike having to import every single line of code I use, but since I’m a sucker for having things overly clear I’ve gotten round to it now. For some reason I never had an issue with the white spaces, I want the code I read to be consistent. And that’s one way of trying to ensure that.

Now that I’ve done the virtual variant of screaming out into the night I’ll go and try to be productive instead. 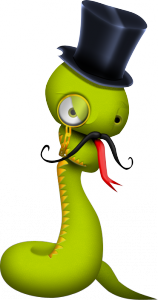